The trouble with transporation

Nancy Wise knows firsthand that one of the biggest problems facing Maine seniors is lack of access to affordable, dependable transportation.

ise, 65, is a retired elementary school teacher who lives in Kennebec Village, a 25-unit senior apartment complex in Farmingdale, a few miles from the State House in Augusta.

All but six of her neighbors are women, and most of them don’t drive. So, Wise ventures out almost daily, driving neighbors to the local pharmacy or supermarket, or to medical appointments as far away as Waterville and Portland. Sometimes they give her money for gas, but she doesn’t expect it.

“I’m happy to do it, but there aren’t enough of us,” Wise said. “There are only two of us who are reliable transporters, and I’m going all the time. Two (neighbors) should not be driving, but how else can they do what they need to do?”

Wise said she sold her country home in Coopers Mills when she retired because her son lives out of state and she wanted to be closer to community services as she aged. Now, after seeing how her older neighbors struggle to get around, she’s not sure she’s better off. Taxi service in Farmingdale is intermittent, she said, and a round trip to get groceries can cost as much as $20. 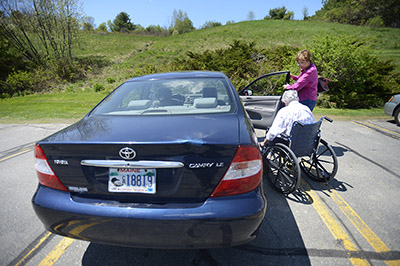 Nancy Wise, 65, helps her neighbor Mary Lambert, 87, to Wise's car in order to drive to a doctor's appointment. Wise would like to start a volunteer ride program in her community.

“When you’ve worked all your life, basic necessities, like food and medicine, shouldn’t be so out of reach,” Wise said. “That’s all we’re asking for. The alternative is for people to end up in assisted living or nursing homes, and that costs so much more.”

Only one of her neighbors qualifies for transportation to nonemergency medical appointments under MaineCare. Wise wonders why the state doesn’t leverage its money and allow MaineCare-funded drivers to provide transportation for other seniors along the way.

“I find it so offensive that some people can’t get to the doctor just because they can pay their own bills,” Wise said. “I was down with a serious illness for two months (last) winter, so some (neighbors) couldn’t get out. It’s frightening to me because my day is coming.”

Transportation options are so spotty across Maine, 90 percent of seniors who don’t drive rely on friends and family to get around, according to the Office of Aging and Disability Services.

A few cities and towns have fixed-route bus services, including Portland, Lewiston and Bangor. Several nonprofit regional agencies and for-profit companies provide a variety of on-demand free or low-cost transportation for seniors, MaineCare recipients and low-income residents. But many older Mainers either don’t qualify for or don’t have access to transportation.

“There’s nothing tying all the transit programs together as a system,” said Rep. Sharon Treat, a Democrat from Hallowell with an interest in transportation policy. “We have these isolated populations all over the state, and we can’t possibly afford a fixed public transit system, but we need to do much better than we are doing now.”

Maine spent $530,000 on public transit in fiscal 2010, while much smaller and equally rural Vermont spent $6.3 million, said Rick McCarthy, a lobbyist for the Maine Transit Association, which represents about 25 non-profit and for-profit transportation providers.

Most New England states spent hundreds of millions more than Maine, with Massachusetts topping the list at $1.4 billion, and only New Hampshire spent slightly less, according to a 2012 report from the American Association of State Highway and Transportation Officials.

Maine also spends more than $40 million a year on medical transportation for MaineCare recipients, according to the state’s latest biennial transit report, largely through nonprofit transit programs such as RTP in Greater Portland and the Aroostook Regional Transportation System. However, in the last three years, DHHS has cut various transportation funding streams by more than $6 million per year, McCarthy said.

“Basic necessities like food and medicine shouldn't be so out of reach... The alternative is for people to end up in assisted living or nursing homes, and that costs so much more.”

“There’s no cheap way to provide transportation in many areas of Maine,” McCarthy said. “The need is huge and it’s going to get worse.”

Treat has submitted pending legislation to improve coordination of transportation planning and require the state to “make maximum use of all available federal funds” and promote innovative transportation programs.

“Let’s imagine what we could be doing and come up with a robust plan to do it,” Treat said. “If there are innovative things being done in Maine right now, let’s share it and replicate it.”

One transportation program that seems to be growing is ITNAmerica in Westbrook. Founded by Katherine Freund, the volunteer network has 23 affiliates across the country that provide safe, door-to-door transportation for seniors in urban areas, including Greater Portland. Volunteer drivers bank hours they can use when they need rides in the future.

ITNAmerica is developing a pilot program for smaller communities like Farmingdale, Freund said. Also, the nonprofit has received a grant from a pharmaceutical company to develop a national, searchable database of local transportation options.

“Right now, that information is very difficult to find,” Freund said. “We get calls from all over the U.S. because we have a national website, but information about local transportation options isn’t readily available in many communities.”

an interview with Nancy Wise 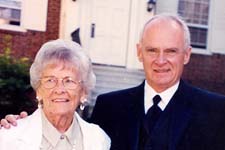 The burden of long-term care

Nursing home administrator Irving Faunce of Wilton saw what his own mother endured in the last years of her life. Today, he says the state is ill-prepared financially for the coming wave of people who will require extended geriatric care. 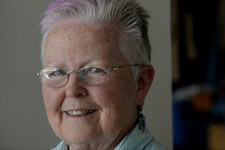