The burden of long-term care

Nursing home administrator Irving Faunce of Wilton saw what his own mother endured in the last years of her life. Today, he says the state is ill-prepared financially for the coming wave of people who will require extended geriatric care.

Lillian Faunce didn’t have a home in the last decade of her life.
She had six of them. 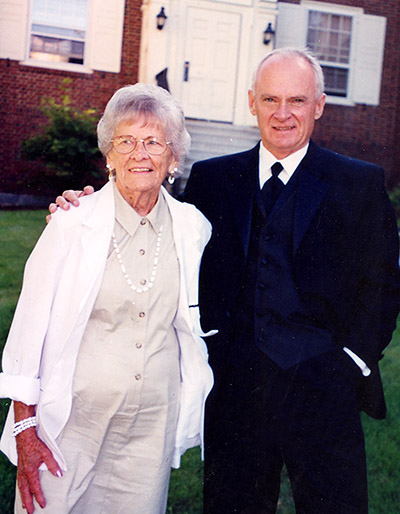 Lillian Faunce with her son Irving Faunce at a family wedding in 2003.

ollowing her husband’s death, she moved from a modular home in Saco to a subsidized senior apartment in Windham.

When she was diagnosed with a serious heart condition at Maine Medical Center, she moved to a nursing home in Kennebunk, then to an assisted-living facility nearby.

When her $40,000 in personal assets ran out, she moved to an assisted-living facility in Casco that would accept MaineCare, then to Ledgewood Manor, a nursing home in Windham, where she died in 2010 at age 88.

“It was a traumatic time for her and it was difficult for us,” said her son, Irving Faunce, one of six children who looked out for Lillian in her final years. “It’s a fairly typical story for families in Maine. She was lucky she had us advocating for her.”

Faunce, who lives in Wilton and runs the Penobscot Nursing Home in Penobscot, near Bucksport, has an experienced view of long-term care in Maine. He’s been in the business since 1985 and he helped to establish the first Alzheimer’s care center in the state in 1988.

As age stakes its claims on the health and finances of Maine seniors, they face a bewildering, limited and sometimes costly supply of housing that provides the supporting services they need.

Many bounce from hospital to rehabilitation center to assisted living to nursing home – and then back again – as their health and bank accounts dictate. Psychologically, it can be a damaging experience for seniors, and conditions in Maine’s nursing homes and assisted living centers show the situation is set to get worse. The Maine LongTerm Care Ombudsman Program provides assistance, but its services are limited.

Faunce believes Maine lawmakers have yet to recognize that MaineCare has evolved into the state’s long-term care insurance program. He also believes the state is unprepared for the large numbers of seniors who will need nursing home care in the future, especially those with dementia.

The inflation-adjusted cost of MaineCare-funded long-term care services increased 33 percent in the last decade, from $266 million in 2000 to $354 million in 2010, according to the Muskie School of Public Service.

Long-term care costs are expected to grow as the number of Mainers with Alzheimer’s disease increases a projected 43 percent in the next several years, from 37,000 today to 53,000 in 2020, due to increasing longevity, better diagnoses and more awareness of the disease, according to the Alzheimer’s Association.

“Those numbers concern me greatly and it’s time to do more than talk about it,” Faunce said.

The Maine Health Care Association, which represents about 100 nursing homes and 100 assisted-living facilities, wants state officials to begin planning for a possible shortage of nursing-home beds in the future, said Rick Erb, association president and CEO.

Maine currently has a 91 percent occupancy rate for 6,970 nursing-home beds and a 92 percent occupancy rate for 4,232 beds in assisted-living facilities that accept MaineCare, Erb said. Nationally, the occupancy rates are 82 percent for nursing homes and 89 percent for assisted living, though data on the latter industry is considered unreliable because assisted living varies from state to state, isn’t widely regulated and receives comparatively little government funding, according to the Center for Advancing Health.

At the same time, MaineCare reimbursements to nursing homes fall short of actual costs. This forces many facilities to shift costs to private-pay residents or risk closing, Erb said.

MaineCare, which covers about 73 percent of Maine’s nursing home patients, underpaid nursing homes by $29 million in 2011, according to the association.

The current $181-a-day reimbursement rate falls about $23 short of actual costs, compared to a national average daily loss just over $22, Erb said. He sought a 2 percent rate increase from the Legislature this year, but it was tabled for lack of funding to be reconsidered next year.

“Those numbers concern me greatly and it’s time to do more than talk about it.”

Yet, more than 1,500 seniors are on waiting lists for MaineCare-funded personal and home care services, such as bathing, house cleaning and food shopping, which allow elders to stay in their homes longer, according to the Maine Council on Aging.

Demand for both home health aides and personal and home care aides is projected to increase more than 20 percent from 2010 to 2020, adding more than 1,000 job openings in each category, according to the Maine Department of Labor.

However, with an average wage of $10 to $11 per hour and few or no benefits, those jobs are already hard to fill and expected to remain so without attractive pay increases.

In June, the state got a $21 million federal grant to increase access to home and non-institutional community-based services for seniors and disabled adults. Lawmakers used $16 million to cover existing state-funded programs for the next two budget years. The remaining $5 million will be used to make administrative changes that are meant to shift MaineCare spending emphasis away from institutional care.

Soon, Maine must reconsider how it spends public dollars on long-term care, said Julie Fralich, director of the Disability and Aging Research Program at the Muskie School of Public Service.

“You can’t just say, ‘We’re getting older, we need to build more nursing homes,’ ” Fralich said. “We have to figure out how we want seniors to live and how we get there.”

an interview with Irving Faunce 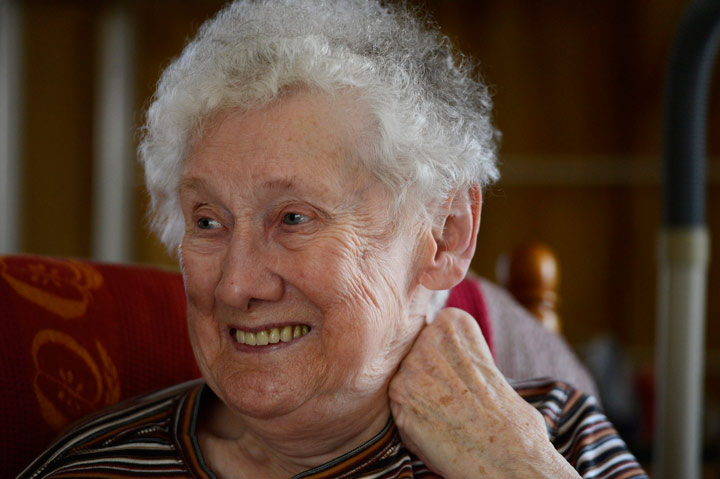 A Maine Sunday Telegram special project finds that the state isn't doing enough for its elderly population and - with baby boomers already beginning to feel the physical, emotional and financial impacts of aging - is even less prepared for the onslaught yet to come. 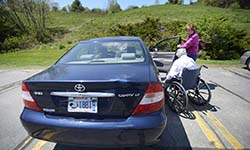 The trouble with transportation