“It might not sound like a lot of money, but I struggle to make ends meet, living on Social Security."

— Stanley Main, 82, of South Portland. Main lost over $1000 when he hired a carpenter to do some work on his barn and the work never got done.
Shawn Patrick Ouellette / Staff Photographer

tanley Main is one of more than a dozen people, many of them seniors, who were bilked recently by Portland handyman Daniel Tucci. It was an $1,100 loss that Main really couldn’t afford.

“I paid him to patch and paint some clapboards on my barn and he didn’t do anything,” said Main, an 82-year-old retired marine construction worker who lives in South Portland. “He actually made things worse.”

After a four-day civil trial, the judge ordered Tucci to pay $236,500 in restitution, including $1,100 to Main. Despite the judge’s ruling, Main said he doesn’t expect to get his money back.

“It might not sound like much, but I struggle to make ends meet, living on Social Security,” Main said. “Sometimes I want steak, but I have to eat hamburger.”

An estimated 34,000 Maine seniors are victims of physical, emotional or financial exploitation each year, usually by a trusted family member or caregiver, and 84 percent of elder abuse cases go unreported, according to the Office of Aging and Disability Services. Nationally, about 6 million seniors are abused annually, or about 10 percent of all elders.

An increasing number of businesses are opening to address elder needs, including home health care, handyman, companionship and financial services. The state regulates many of these operations, but it will be up to seniors and their families to be diligent in checking references, licensing and insurance coverage before hiring anyone. 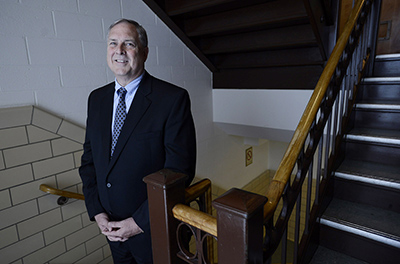 Maine lags behind other states that have passed laws making elder exploitation a criminal offense, said Denis Culley, a staff attorney with Maine Legal Services for the Elderly. Florida, New Jersey and Missouri are among the states that have higher standards for criminal prosecution of elder abuse cases.

This year, the Maine Legislature passed L.D. 527, which will prevent perpetrators of financial and other crimes against seniors from claiming that they had consent if the person has diminished capacity, such as dementia, or was subjected to undue influence. In 2011, the state passed L.D. 401, which increased penalties for investment scams against Mainers age 65 and older.

Elder abuse is a special concern for Ricker Hamilton, Maine’s director of aging services. He formerly headed the state’s Adult Protective Services division and is an elder abuse prevention instructor at the Maine Criminal Justice Academy.

Hamilton made sure the state’s aging plan addresses elder abuse. It does so by directing the state to work with other public and private organizations to raise public awareness and education.

“If victims of elder abuse aren’t our No. 1 priority, we’re not doing our jobs,” Hamilton said. 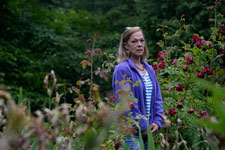 Like thousands of other residents of Maine, Patty Smith of Freeport tended dutifully to her ailing mother, only to watch, helpless, as an aging parent stricken with dementia slowly slipped away.