One son's lament:
There are 'no do-overs'

Maine Sunday Telegram arts writer Bob Keyes says he has plenty of regrets over the experience of losing his mom. Leaving things unsaid isn't one of them.

Bob Keyes, a staff writer with the Portland Press Herald/Maine Sunday Telegram, poses at his home in Berwick recently. After losing his mom, Edna Keyes in 2007, he has advice for people who find themselves in a caregiver role: "Trust your instincts." Shawn Patrick Ouellette / Staff Photographer

My brothers and I were prepared for our mother’s death.

When she died in May 2007, none of us was surprised. Edna Keyes lived a good life, raised four sons who loved her, and put up a gallant fight against the cancer that eventually took her life at age 77. She had survived stomach cancer back in the 1980s, but the kidney cancer that she was diagnosed with in December 2005 was too much.

Why then, more than six years later, am I still haunted by regrets and guilt, wondering whether I did things wrong and wishing I had done some of them differently?

My father, Elliot, died at age 57. He had been sick for many years, and succumbed to heart failure on the Saturday after Thanksgiving of 1985. It was, in every way, a blessing. His final seven years were miserable. He struggled for breath most days and told me more than once he was ready to die.

When it finally happened, I think we all felt a sense of relief – even my mom, who had been his caregiver for seven years. We were just glad he had a chance to hold his first granddaughter at Thanksgiving.

Within two years, my mom was diagnosed with stomach cancer. She underwent treatment, recovered and resumed a fulfilling professional career and active social life. She retired right on time, and spent the final dozen years of her life traveling overseas and enjoying her role as a grandmother and family matriarch.

A week before Christmas in 2005, she fell while descending the basement stairs. She broke many bones, suffered a serious brain injury and significant internal bleeding.

One of my brothers happened to stop by her house, and found her at the bottom of the stairs. In the hospital, where she underwent emergency surgery and was stabilized, the doctor that night mentioned that a lump had been found on her kidney.

It was the last on a long list of things that she would have to deal with, and was not a priority. He said it could wait until she recovered from her broken ribs, broken pelvis and bruised head. 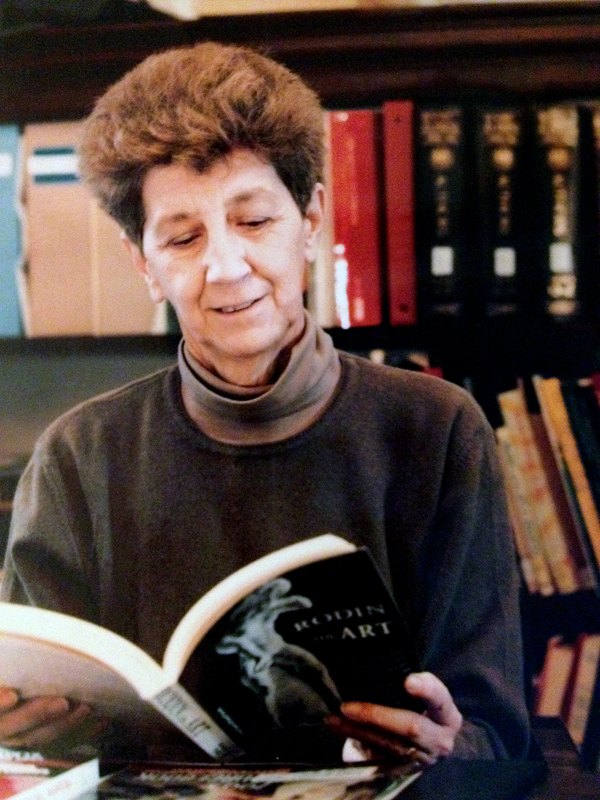 She was hospitalized for weeks, then went to rehab, where I remember spending a gloomy Christmas.

Eventually, she came to live with me. We hired a nurse, and arranged regular visits from the family to try to spread out caregiving duties. Within a few weeks, I realized I was in way over my head. The nights were endless. She needed constant care, and her finances couldn’t support it.

Months of rehab ensued. It did not go well. My mom wanted to go home, insisting she was capable of caring for herself, as long as she had a support network.

She did live at home for a while, but it didn’t work. Again, her needs outpaced our ability to pay. We scouted the best assisted-living facilities near her, arranged meetings with administrators, and supported her decision when she chose one close to home that she had long admired.

Her decline was steady and swift. She never regained her strength or learned to live independently, and doctors never treated her kidney. They decided surgery was too great a risk.

Within 16 months of her fall, she died. It was the Saturday night of Mother’s Day weekend.

During the thick of the initial crisis and the many more that followed, my brothers and I believed we were doing the right things, and I still think that we did. Most of the time.

But I do not feel that I did enough. I regret that I did not pursue family leave from my employer to spend more time with my mother, not knowing when that time would be most effective.

I waited too long.

I regret that I did not trust my instincts on certain decisions, medical and otherwise, and placed too much credence on the advice of professionals. God love them and the work they do, but they did not know my mom. What works for some people does not work for everyone, and my mom did not do well in therapy, her independent apartment or her assisted-living room.

She needed more attention than the professionals were giving her.

I wished I had been less flexible with them, and more flexible with my mom. I wish I had listened to her more, instead of trying to talk her into what I thought was best for her. She wasn’t recovering. She was dying. Did it really matter if she tried to take a short walk down the hallway when all she really wanted to do was just sit there and talk?

I wish that I had asked more often, “Mom, what do you want?”

I regret that I did not change my plans the weekend she died. I took a break, which I knew that caregivers need. But doing it on the day she died messed me up for a long time.

I visited her twice the day before. I had an appointment up the coast, and stopped in to see her on my way and on my way back. I thought she was doing well, showing spunk, brightness and, best of all, humor, all of which were sadly missing from her demeanor in the previous months.

It was early May, and perhaps the spring sun was going to be good for her, I thought optimistically. Maybe we can get her out soon for a ride to see the water.

I left her bedside that Friday night feeling hopeful. In hindsight, I realize she fooled me on purpose. I think she knew her end was near, and did not want me to know. She put on a good face, and I bought it.

I was shocked when I returned home the next evening and heard a phone message from one of my brothers, who had been trying to reach me all day. He said she had never woken up that morning and was fading.

I saw her before she died, but we never talked again. She was in a morphine-induced state, and didn’t regain consciousness. My final image of her is this tiny little woman in bed, eyes closed, chest-heaving.

I am glad that in the weeks before her death, I told her everything I needed to tell her, and not a visit went by without her telling me how much she loved me and how much she appreciated everything I was doing for her. I left most of those visits swimming in tears that she could not see, but I do not regret anything left unsaid.

What I do regret, mostly, is that I acquiesced to those who urged me to also attend to my own needs, and strike a balance between caring for my mom and caring for me.

That may be true, but I don’t buy it. There are no do-overs. You get one shot to do this right.

My advice to people who are caring for a dying parent is to trust your instincts. No one knows Mom better than you. Listen to everything she says, and never, ever presume you know better.

Be patient with her. Forgive her moods, and do not take personally the things she might say that feel hurtful. Never let go an opportunity to tell her you love her. Hold her hand. Make her laugh.

I felt honored that my mom relied on me as much as she did. She allowed me into the private parts of her life, where few sons dare to go. I repaid the favors she did for me when I was an infant. I bought her more of her favorite lobster rolls from the Brunswick Diner those final few months of her life than my bank account could support.

None of that do I regret.

I regret the clock on the wall. When she asked, “Can you stay a little longer?” I regret hedging my answer that indicated I had to go. “I understand,” she would say. “Go home.”

I had all the time in the world, in hindsight. I wish I had spent it with her.

The Legislature fails to act

Experts say caregiver support services can save Maine taxpayers money by delaying the need to place elderly residents in nursing homes. So why is it so difficult to secure funding?