he latest national statistics show the number of seniors nationwide facing hunger is now 8.8 million and rising, a growing problem experts say has both state and local implications.

But in Maine, where an estimated 8 percent of seniors face the threat of hunger, the statistics are less clear. Hunger advocates rely largely on outdated statistics and anecdotal stories as they try to understand how many of Maine’s elderly are struggling with hunger.

“There is very sound data nationwide. On the state level, it is tremendously weak,” said Ted Trainer, director of Healthy Aging at the Southern Maine Agency on Aging. “It’s an issue that no one had thought about before.”

There are an estimated 24,000 seniors in Maine who are considered food insecure, or don’t have enough food to sustain a healthy diet. The state ranks 17th nationally and first in New England in terms of senior food insecurity, according to Good Shepherd Food Bank.

“Not only can there be a stigma attached to admitting that you don’t have enough, but seniors often don’t realize that they’re not getting the nutrition they need.”

Trainer said the main reason why there is not strong data on the number of hungry seniors in Maine is because of conflicting definitions among government and nonprofit hunger agencies. Seniors also are reluctant to admit they struggle with hunger, he said.

“Because different ways are being used to measure food insecurity, we are currently constrained to painting with a broad brush and examining trends,” Trainer said.

As the number of people going to food pantries rises, there is a growing awareness among hunger advocates that the issue of senior hunger – who is hungry and why – is one that needs to be better understood.

Food pantries and soup kitchens in Maine have been providing food – and keeping track of the number of clients served – but no one has looked at data to see who the clients are, Trainer said.

“The people providing the services are too busy providing services,” he said.

Hunger advocates say the number of food insecure Mainers is rising and likely will continue to do so as the population ages and Baby Boomers – one of the fastest-growing segments of seniors who struggle with food insecurity – leave the workforce and live on fixed incomes.

While local groups are still trying to understand the extent of the problem, national hunger experts say there are clear trends across the country that apply to Maine.

A recent study by the National Foundation to End Senior Hunger showed the number of seniors who face the threat of hunger increased 88 percent from 2001 to 2011, including a 42 percent increase since the start of the Great Recession in 2007. The sharpest growth in food insecurity is among those who are living alone, unemployed, under 70, caring for grandchildren and whose income is above the poverty line.

“Our newest data shows (senior hunger) is a perplexing problem. We’re looking at a rise in people who are not poor or near poor, but still hungry,” said Enid Borden, founder and president of the nonprofit National Foundation to End Senior Hunger.

The study also shows seniors ages 60 to 69 are more apt to face hunger than those 70 or older, though experts have so far not been able to figure out why, Borden said.

Women are disproportionately affected by hunger, representing about 60 percent of seniors threatened by hunger.

Borden said people generally think of seniors citizens as a segment of the population that is well taken care of. Because seniors are often reluctant to ask for help, the issue stays hidden and “gets swept under the rug,” she said. Still, she said, communities increasingly are recognizing there is an issue and are looking for ways to address it.

“These are scary times in America and I think we have to have conversations in communities about what we do with our most vulnerable,” Borden said. “These are our parents and we owe it to them. For too many years the notion of senior hunger has been off the table.” 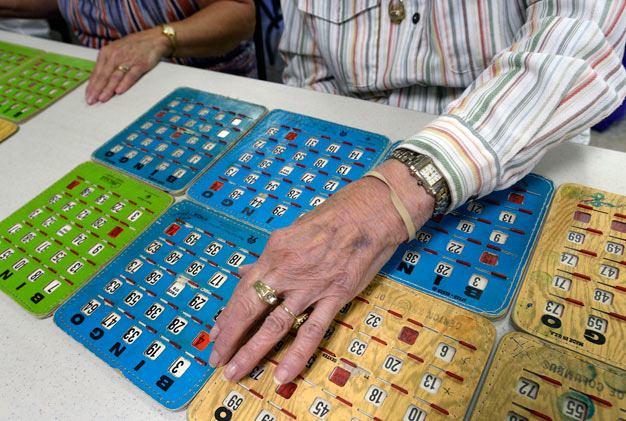