The Legislature fails to act

Experts say caregiver support services can save Maine taxpayers money by delaying the need to place elderly residents in nursing homes. So why is it so difficult to secure funding?

wo bills proposed in the Legislature last session would have boosted funding for state programs that provide home-care services, such as housekeeping and bathing, to supplement the work of family caregivers and enable elders to stay in their homes longer.

But when lawmakers adjourned last month, the fiscal note had been stripped from one bill and the other was carried over to the next session.

Despite the fact that caregiver support services are proven to save taxpayers money by delaying nursing home placements, programs are having a hard time getting adequately funded.

“We know if you spend more money on the front side, you prevent huge expenses on the back side,” said Jessica Maurer, executive director of the Maine Association of Area Agencies on Aging.

The trick, she said, is finding the money to front the change.

Caregivers who use support services are able to keep people out of nursing homes for an average of about a year and a half longer, said Brenda Gallant, Maine’s long-term care ombudsman.

That cost differences are huge: About $8,000 a year pays for at-home help with errands, like meal preparation and transportation, compared to about $68,000 a year for nursing home care, said Sen. Margaret Craven, D-Lewiston. She sponsored L.D. 20, An Act to Fully Fund the Homemaker Services Program, during the last legislative session.

The $1.5 million fiscal note attached to the bill was meant to eliminate the program’s 2,000-person waiting list. What passed instead was a directive for the state Department of Health and Human Services to apply for a waiver to allow Medicaid to cover non-medical services such as those provided by home-care workers.

Rep. Richard Malaby, R-Hancock, proposed a bill to add $460,000 over two years to cover the cost of adult day care for more low-income people. The bill morphed into a proposal to raise the hourly rate at which adult day centers are reimbursed by the state, from $9 to $12. Action on the measure was deferred to next year’s legislative session.

At the federal level, proposals to give tax credits to caregivers have gotten little traction in Washington, said Gail Hunt, president and chief executive officer of the National Alliance for Caregiving. She doesn’t expect that to change any time soon.

Her group is looking into whether caregivers who have had to quit their jobs could get Social Security credits. The group would also like to see a requirement that, when an older person gets a geriatric assessment, their caregiver is given one, too.

“As Congress looks to save money on the institutional side of long-term care, the idea of then not supporting the people that are going to be expected to take care of them is appalling,” said Hunt.

The primary source of funding for caregiver services is the National Family Caregiver Support Program, established within the U.S. Administration on Aging as an amendment to the Older Americans Act in 2000. The program allocates money to each state, according to its population over age 70.

As a result of this year’s budget cuts, known as sequestration, Maine’s funding is expected to be reduced from recent levels of $765,000 a year, said Romaine Turyn in the state’s Office of Aging and Disability Services. The money is distributed to the state’s five Area Agencies on Aging, which can use it for information and referral services, classes, support groups and respite care.

State-funded programs are meant to supplement what’s available through Medicaid and the National Family Caregiver Support grant, but there’s still not enough for those who are eligible.

There’s a waiting list of 170 people for the state-funded home-based care program, which provides assistance with basic daily activities, like bathing and dressing, to low-income people who don’t qualify for Medicaid. Another 700 people are waiting to be assessed for those services, according to the Department of Health and Human Services.

For caregivers who are in desperate need of support – even if it’s just a few hours a day – sometimes a waiting list isn’t good enough and their relatives end up going straight to nursing homes, Gallant said.

“There’s a general lack of information about these services, and people have to access these services often when they’re in a crisis situation,” she said.

How caregivers can affect the economy

Downtime and loss of production cost U.S. employers more than $33 billion per year, the AARP says. But some Maine companies offer innovations that may actually reduce losses. 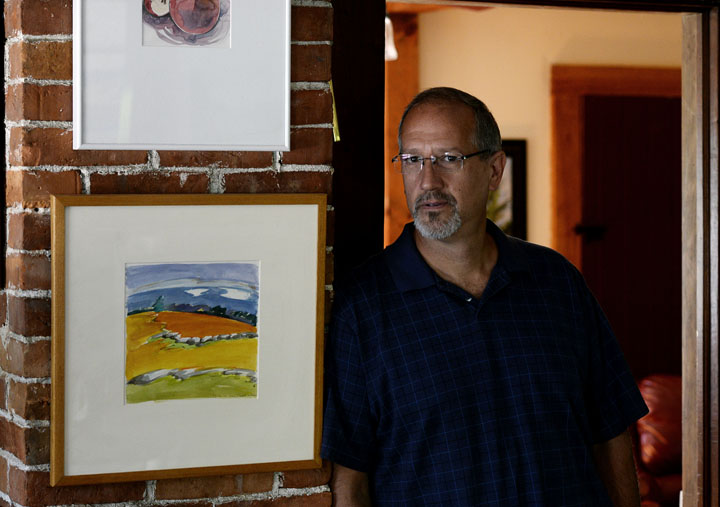 One son's lament: There are 'no do-overs'

Maine Sunday Telegram arts writer Bob Keyes says he has plenty of regrets over the experience of losing his mom. Leaving things unsaid isn't one of them.